The name Haarlem (Haarlo-Heim or high-rise village) appears for the first time on a list of properties of the Utrechtse St. Maarten church in the years 918 to 938. In the 11th century Haarlem was the seat of the Count of Holland. He first had a castle at the Spaarne at the Gravestenenbrug. Schippers paid a toll.

The castle was on the Grote Markt. Haarlem was the marketplace for Kennemerland. In 1245 Haarlem received city rights as the second city in Holland. In 1429 the toll was followed. The strategic location at the Spaarne meeting (inland shipping from Amsterdam to the south) and the old country road through Holland gave the city considerable economic prosperity. There were many shipyards, beer breweries, weaving houses and bleaches, and it was built on a large scale.

´t Teylertje at the Big Marked

The building with list facade Spaarne no. 4 dates back to the 18th century and is a National Monument. Our window view is at the Gravestenenbrug. This bridge is even over 700 years old. The Count of Holland built his toll castle here to receive the toll from ship traffic. The textile indusutry, beer breweries and ship- building were prospering at that time.

The Teylers Museum, located Spaarne no. 16 is the oldest museum of the Netherlands. Opened in 1784 en founded from the legacy of Pieter Teyler Verhulst. For years, this has been known as ’t Teylertje, Spaarne no. 4. A coffee- and lunchroom at this unique historical part of Haarlem. Briefly it was named Margaux, but as of October 1 2017 it retains its former name. Ineke Pieters, owner of ’t Teylertje 1991 until 2016, is very happy that we have made this choice. 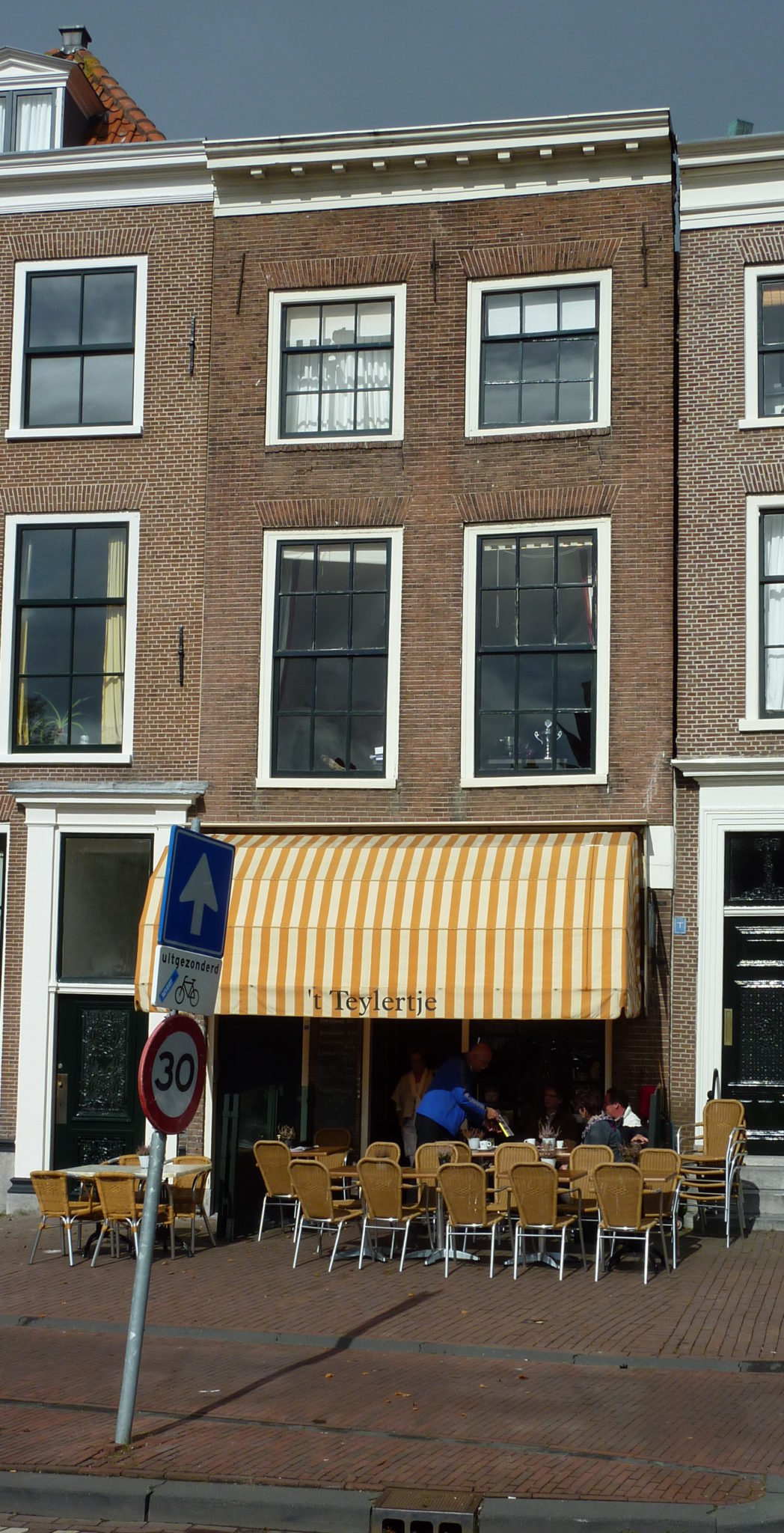